Xiaomi Redmi K30 was introduced on December 10, and we managed to buy it already on December 12 at the company’s flagship store in Shenzhen. Unfortunately, we were not able to purchase the 5G version on another processor – Qualcomm Snapdragon 765G – it will be available only next month. In turn, the well-known Snapdragon 730G is installed in the Redmi K30. We purchased the 8/128 GB version, and the youngest configuration, which costs less than 15 thousand rubles, is 6/128 GB.

Among the interesting features of the “local” Chinese version is the Redmi logo, which is presented in the form of a dragon. It is worth noting that in China, the Redmi line goes separately from the main Xiaomi brand. And of course, the main feature is the lack of Google services, which we will definitely try to “roll” onto the device.

It is worth noting the fact that probably in Russia the Redmi K30 will be called differently. You don’t have to go far: remember the Redmi K20, which in our country was sold as Xiaomi Mi 9T. To predict what the name will be with us – we do not undertake.

The Redmi K30 is presented in three colors – blue, which Pantone University recently recognized as the color of 2020 (we are talking about Classic Blue, of course), purple and red. We took the last one and were right: in our opinion, this is the brightest version of all.

The kit comes with a 27 W network adapter, as well as USB-C wiring and a silicone case. But they didn’t put any headphones, despite the fact that the device retained a 3.5 mm audio jack!

The fingerprint sensor is located not on the back or under the screen, but on the side. It seems that Xiaomi is the first time we see such a solution and welcome it. On the one hand, it’s quite convenient and such a sensor works very quickly and confidently, on the other hand it is located on only one side and it is inconvenient for those who hold a smartphone in their left hand to unlock the device with their index or middle finger, nevertheless, from the point of view of ergonomics, it’s more convenient hold the smartphone in your right hand and unlock it with your thumb. Have to relearn.

There is also a power button and a volume control next to it.

The device runs on Android 10 OS with the MIUI 11 user interface. Here are great gestures that appeared in this shell earlier than in stock Android.

It is worth noting that the Redmi K30 has a combined SIM / microSD slot.

A fairly important detail that can be noted in all the latest Xiaomi smartphones is a fairly capacious battery inside. In this case, we got a 4500 mAh battery. But unfortunately, wireless charging is not supported, on the other hand we are talking about a fairly affordable smartphone.

As for the screen, this time it’s not AMOLED or OLED, but the 6.6-inch IPS matrix, but it supports a 120 Hz sweep. Finally, in the middle price segment, a player appears with such a cool screen that works smoothly. By the way, it can be switched to 60 Hz in the menu.

The Redmi K30 has a unit of 6 cameras: 2 in the front and 4 in the back. And here again, a novelty – a larval-like cut-out for a dual front camera, similar to what we saw in HONOR and Samsung devices. But there is one caveat, there are actually two cutouts for each camera separately, but most often a small dark jumper is visible on the screen. So, here stands the front camera for 20 + 2 megapixels, the second at the same time acts as a depth sensor. By the way, the upper bangs can be hidden and it looks like a Pixel. True, we will be honest, because of the IPS-matrix, the borders are quite noticeable, especially at an angle.

So, there are as many as four cameras at the back, the main of which is 64 megapixels and this is the latest Sony IMX686 sensor that no one has managed to use except Xiaomi. There is also an ultra-wide-angle camera and two 2MP cameras, which are responsible for measuring the depth of the scene and macro photography.

Let’s go over the results of photo testing. In good light, 64 megapixels show themselves very well: the detail is at a high level. The same can be said of the ultra-wide-angle camera, but in room lighting it becomes very difficult for him. With HDR, the difference is also clearly visible, the main thing is not to forget to turn it on, because automation does not always work. At the same time, the algorithms work out very well. Night shots are relevant when shooting in the appropriate mode, without it everything is smeared. With the “Night” mode turned on, the picture is sometimes very pleasing, but if there are a lot of details in the frame, then something will surely go away. And with portraits, how lucky – sometimes bad with insufficient light, and sometimes vice versa – big mistakes and a lot of blur on the faces.

The location of the camera, the circle or sphere around the vertical block of the camera resembles the smartphones of the HUAWEI Mate line. It turned out a bit strange picture.

Next, we tried to install Google services. From the first time, this did not work out of the Xiaomi store, either because we were in China and got into Region Lock, or they removed the Installer from there. However, on the second attempt, finding the installer of the third version on the Internet, everything worked.

The first plus of Xiaomi Redmi K30 is of course the price, which starts at 1599 yuan, which translates into rubles about 14 and a half thousand rubles. By the way, we were given a simple Xiaomi Mi Piston headphone as a gift. The second plus is a display with a scan of 120 Hz and it really works very smoothly. You just get aesthetic pleasure from it. Also in the pros include a large 4500 mAh battery and a relatively powerful Snapdragon 730G processor, which is located in the most noticeable Xiaomi device in 2019 – the very Mi Note 10 with a 108-megapixel camera!

But there are also disadvantages: 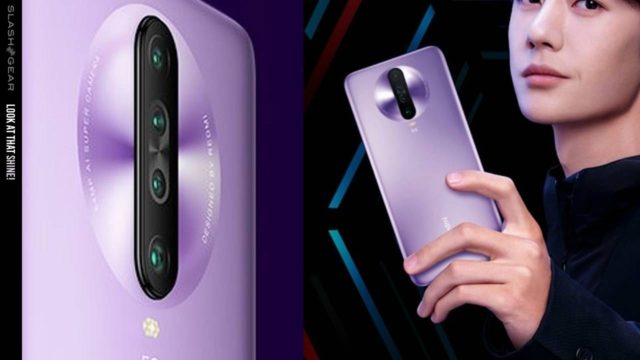 But let’s be honest, all the disadvantages are leveled out by one and the main plus – the price of the device.

Scroll back to top